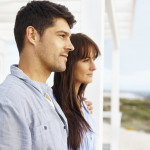 The Minister for Innovation and Better Regulation in NSW Victor Dominello has declared interest in introducing a mandatory pre-sale inspection regime when listing property for sale in NSW in the interest of consumer protection. This was looked at back in 2010 by the then Labor government and was not introduced.

The reasoning behind bringing in this type of inspection regime for the sale of property is the desire to save prospective buyers money as it is considered to be a serious cost to the consumer when they require multiple reports, especially in a hot auction market

Mandatory building, pest, energy rating and compliance reports have been in place in the Australian Capital Territory (ACT) since 2004.  The intent of this legislation is to provide buyers with reports they can rely upon and save them money on numerous inspection costs. Having carried out inspections in this market for 10 years we have seen first-hand the problems associated with this type of legislation.

Mandatory inspections (Sale of Residential Property Act) carried out in the ACT are being found to be “Sellers” inspections and not “Buyers” inspections as they are arranged by the seller and the agent and not by the buyer, so “Buyer Beware” still remains.  Issues remaining hidden are exemplified with mandatory inspections due to the engaged inspectors being encouraged to be less than thorough and the sellers being encouraged to hide issues rather than the full disclosure that you would think should be the intent of this type of legislation.

The Minister believes mandatory inspections will provide assistance to the consumer by saving them money.  The reality is it often results in costing them money in the following months and years of home ownership due to costs associated with rectifying hidden problems that were not identified in the “Sellers” reports.

The industry definitely needs a shakeup in NSW but is this the answer?  The pre-purchase property inspection industry is a legitimate industry with many highly qualified and valuable parties within its ranks that provide consumers with quality information on the condition of properties.  There are already problems within the industry in NSW due to unscrupulous and uninsured operators providing cheap reports that favor sellers and selling agents.  The ACT model has shown that mandatory inspections further open up this process to poor consumer protection as it is seen as an easy way to make money and sell properties rather than help buyers.

“Buyer Beware” has never been more important than now with the high cost of home ownership in NSW.  The Minister has suggested that his department will consult with the State’s peak real estate bodies.  The parties most likely to be missed in this conversation is the very people that this proposed legislation is meant to help, the consumers (buyers).  Unfortunately buyers think this is a great idea; however they really don’t understand the consequence of the Seller and the Real Estate Agent engaging the inspection company to carry out the inspection to produce a report for the Buyer but, is really a report for the Seller so they can SELL their house.

Interesting there seems to be no discussion on saving money for home buyers by dropping the stamp duty levies!!!  The average price for property in Australia is over $650,000 and based upon this figure over $25,000 is payable in stamp duty in NSW

You then have to wonder what this really all is about.  Could it be powerful lobby groups within the Real Estate industry keen to gain further control over the sales process?

“My first contact with Surety Property Reports was when we were selling our country property. Surety was the company hired by the purchaser. We were so impressed by the thoroughness we decided when we purchase a property we would use their service. We did and could not be more pleased. The report was very well written. This company was reliable and if they were running late would ring and let you know. We found them to be honest with the quote. Old fashioned service at its best. I would not hesitate to recommend them to anyone.”

“The service you provide has been very professional, friendly and prompt. We are glad to have had dealings with you and will highly recommend you to others as well as using your company again when needed.

Bruce was great when I met with him after he finished the inspection on the property we intend to purchase. I found him to be very patient, friendly, professional and most of all very informative.”