The Truth About Sellers Reports and Re-selling Reports 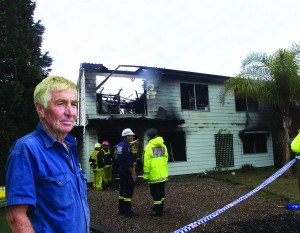 When searching for a new home with a budget of about $3 million, acupuncturist Houng Lau turned down the chance of buying existing pest and building reports offered to her by real estate agents on two properties.

She rejected the franchise reports commissioned by the agents because “firstly I didn’t know who did the report and I didn’t feel I could ask that person questions. Secondly you don’t get the benefit of a building inspector taking you through the property and showing you all the defects.”

Instead, Lau commissioned her own pre-purchase reports on four properties in Sydney’s Bondi Beach from experienced building consultant Chris Dyce, director of Informed Building Reports. “I was very glad I decided to use him.”

Dyce reported that the rear extension of one house had subsided. “When I approached the real estate agent about this, he was really upset that I had brought up the fact it had subsided.” The agent said there was no mention of it in the building inspection report they had commissioned and “denied it absolutely”. Lau decided not to bid on the house, which sold for about $3.5 million.

She ended up buying a different property, “fully aware” that she needed to spend about $300,000 to fix the wiring and plumbing and renovate. “That had a bearing on the price I was willing to pay.”

Dyce, president of the Australian Society of Building Consultants, recommends buyers select only experienced building inspectors, who are properly qualified, have worked in the building industry and are insured. He says a pre-purchase report is absolutely worth the money if you get the right inspector. “But it’s a waste of money if you get an idiot… It can be very expensive if they don’t actually identify the issues.”

At the top level are building and pest inspectors who are highly specialised architects, engineers and builders, according to Dyce. But at the lowest level, people without relevant building experience or qualifications and no insurance, are putting up their hands and claiming to be inspectors.

Dyce says these unqualified people think “all I’ve got to do is walk through the house, kick a few walls and say ‘she’ll be OK’ and make money, charge whatever I want to charge”.

He explains that while the Australian Standard 4349.1 – 2007 specifies that a person doing pre-purchase residential building inspections needs to be “competent” and have “experience”, there are no regulations to enforce this in NSW. Since the industry was deregulated by the state government in 2009, building and pest inspectors are no longer legally required to be licensed builders or to have professional indemnity insurance.

John Coghlan, director of Buildspect Consulting, says in Victoria, building inspectors doing mandatory inspections in terms of the Building Act 1993 during the building of new homes or extensions are required to be registered and have specific qualifications and experience.

“The difficulty for consumers is that typically their decision is price driven and they try to get the most inexpensive pre-purchase report,” Coghlan says. “That sways people more than who is doing the job and all their experience and age.”

Dyce cautions against buying reports commissioned by sellers or agents. If the purchaser does not have a contract with the building inspector, there may be no legal comeback if the report is incorrect or misses something.

John Reid, a council member of the NSW division of the Australian Institute of Conveyancers, says while there is no legal requirement for building and pest inspections from the conveyancing side, practitioners recommend it for their clients’ protection.

The contract to purchase a property relies on caveat emptor – buyer beware. The pest and building report identifies visible problems and helps buyers decide whether to proceed.

He does not know of any legal action by a purchaser against a company that does building reports. “The only situation where that might happen is where the reporting company or person has missed something, which they [the purchaser] has discovered later”. Even then, Reid thinks the building inspector is protected by legal disclaimers that the commissioning client has to accept.

Sean O’Connell, managing director of Doric Property Inspections, says by the time people buy, they may have paid for several reports. “If you are spending $3000 for five or six inspections, that’s nothing for a $1 million purchase.”

A building consultant with the Master Builders Association, a licensed builder and clerk of works, O’Connell maintains it is equally vital for people to get building inspections before they make the final payment on brand new builds.

Among major issues buyers should be concerned about are “significant structural cracking due to poor footings and foundations, or where there is possibly poor drainage or just poor construction.” This often happens where “builders cut corners”.

He recommends buyers commission their own reports rather than rely on ones made available through an agent or seller. O’Connell says some inspectors do a lot of work and are paid lots of money by agents, “so those reports are going to be questionable”.

Sarah Pickette, features editor of Australian House & Garden, says having an experienced building inspector on her side was “invaluable” when she and her partner bought their first home in 2014. They used O’Connell, who was “brilliant”.

She commissioned building reports on two houses in the inner west of Sydney in the $850,000-$900,000 bracket and in both he found “massive problems”. Pickette fell in love with the first, a charming house in Belmore. But the consultant found “there was termite damage right through and it would cost about $200,000 to fix that”. Among repairs needed was a new roof.

In the second, O’Connell also found “very expensive problems” caused by termite damage to the footings of the house, the kitchen and elsewhere.

Pickette ended up buying a newer home in Sutherland Shire, where the owners provided a building report as part of the marketing. She relied on this report after running it by O’Connell to “make sure it was completely legit” and chatting with the seller’s building inspector.

Pickette says: “As a layperson, you have no idea about things like evidence of termites or structural damage. With all of these very technical, invisible things, you really need an expert on your side… The building inspector is the only ally you’ve got and that’s why you need a really good one.”

“I’ve just had the courtesy call from Brendan – I’m ever so impressed. The attention to detail he put into the inspection process was second to none.
He explained things in such a way, that was calm, factual and not alarmist – just perfect.”

“Really would like to take this opportunity to thank Brendan and the team at Surety. You have all been amazing and have made this process very easy for us – which we greatly appreciate.”

What Do Wall Cracks Mean In My house?